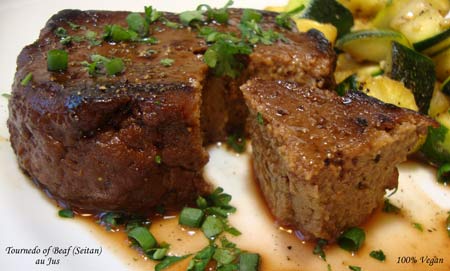 A large percentage of my recipes focus upon approximating the appearance, flavor and texture of meat and meat products. These approximations, or imitations, are also known as meat analogues. I’m often asked why a vegan chef would want to create meat imitations since vegans, or those who adhere to a strict plant-based diet, do not consume their animal-based counterparts. This question is also frequently encountered by other vegans when interacting with non-vegan acquaintances, friends, family and co-workers. It has also become a divisive and frequently debated issue within the vegan community itself.

Abstaining from meat is easy for individuals who have always had an aversion to meat. However, it’s not always easy for individuals who once enjoyed the flavors and textures associated with meat-based dishes or for individuals who grew up with meat-based dishes as a traditional part of their family or ethnic heritage. The reality is that we live in a meat-centric society and many of us grew up on a diet of meat. This learned behavior is constantly reinforced within every aspect of our culture. It takes time to rewire our brains into accepting change, especially for those who perhaps never cared for vegetables and “health food” in the first place. 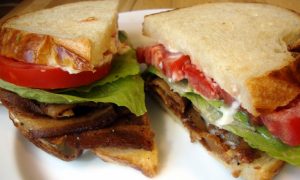 Most vegans who embrace a plant-based diet do so for ethical reasons (and some for health reasons) but not because we object to the flavor and texture of cooked meat and meat products. What we do object to is the inhumane treatment and slaughter of animals when plant-based food sources are readily available. Of course there’s a percentage of the vegan population who, for their own reasons, object to any foods that resemble cooked meat and meat products in name and appearance. Some can be quite vocal about it, often conveying an attitude of ethical purity or moral superiority over other vegans who do consume these foods. That kind of purist mentality is actually very damaging to the vegan movement, since it’s not just about the individual who is already vegan or their personal taste. It’s about winning over the hearts and minds of those who are still consuming animal products. We want to draw people in – not alienate them. Ironically, I seldom find that these same people object to egg, milk and cheese imitations, which I find a bit perplexing since the egg and dairy industry is just as cruel and exploitative, if not more so than the meat industry. 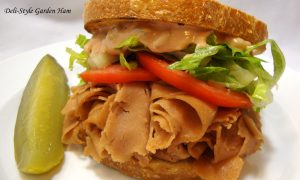 The goal of my work is to create foods which will sway the greatest number of people over to cruelty-free, plant-based cuisine. People thrive on familiarity and if that familiarity can be satisfied, then there is a greater chance of success with this transition. My cookbooks are geared towards replicating dishes that many of us grew up with, foods that are familiar and represent tradition, and foods that evoke a feeling of nostalgia. The meat and seafood analogues offered in my cookbooks are textured and seasoned appropriately to replace meat or seafood in traditional dishes that center around these foods. Plant-based meats not only provide a psychological trigger, but they’re necessary from a culinary perspective in creating optimal flavor and texture combinations in traditional dishes. 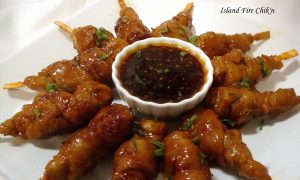 Seitan (seasoned and cooked gluten) and other plant protein analogues are virtually unknown to most non-vegan Westerners, so name and appearance associations are very helpful in tempting people to try these new foods. More than likely, if you offer tofu or tempeh to die-hard carnivores at a football tailgate party, you’re not going to elicit a positive response. If animal foods had never been consumed by anyone, we would still shape and name plant protein foods for the sake of variety, so why not shape and name them according to what we’re familiar with? And seitan, by its very nature, is going to resemble meat to some degree regardless of how its shaped or presented. I truly believe that most people are not looking for something entirely new or exotic; they’re simply looking for the familiar done differently…and compassionately.

I’ve never cared for the term “fake meat”. There is nothing fake about plant-based proteins; seitan and other plant protein analogues are real foods in their own right. Although plant proteins can approximate some meat-like appearances, flavors and textures, they do not approximate the fear and pain that accompanies the slaughter of an animal. 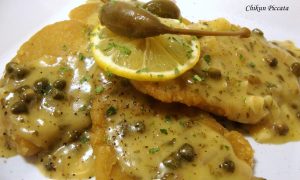 Personally, I have no desire to ever eat real meat again, because it was never about the meat itself; it was the various textures and flavors that I enjoyed. Meat analogues provide the satisfaction of eating something I can sink my teeth into; of hearty foods that fill me up and stick to my ribs, and foods that remind of holiday traditions and cookouts and camping trips with friends and family in the summertime.

As vegans we’re very passionate about our ethical beliefs in regards to animals. But consuming meat analogues does not harm animals, nor does it compromise our ethics. And although there may be some uncanny similarities in names, appearances, flavors and textures, there is no cruelty involved. Every vegan I know is deeply saddened by the systematic torture and slaughter of farm animals, but enjoying these foods does not imply a craving for the real thing. And the only way to end this horror is to offer the 97-98% of the non-vegan world population a compassionate alternative to meat products. 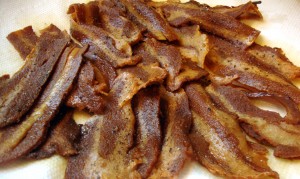 So in closing, if these foods still do not appeal to you, that’s fine; every individual is unique. But it’s important to understand that most vegans can tell the difference in their own minds between a seasoned cutlet of gluten and an actual breast of chicken. Not every form of plant-based cuisine is going to please everyone and if you don’t care for it, you don’t have to eat it – but don’t criticize others who enjoy it and benefit from it. These foods are helping people transition and maintain a plant-based diet. And that’s what it’s all about.