by The Gentle Chef | May 20, 2016 | Accompaniments, Appetizers, Breakfast and Brunch, Summertime Favorites! | 0 comments 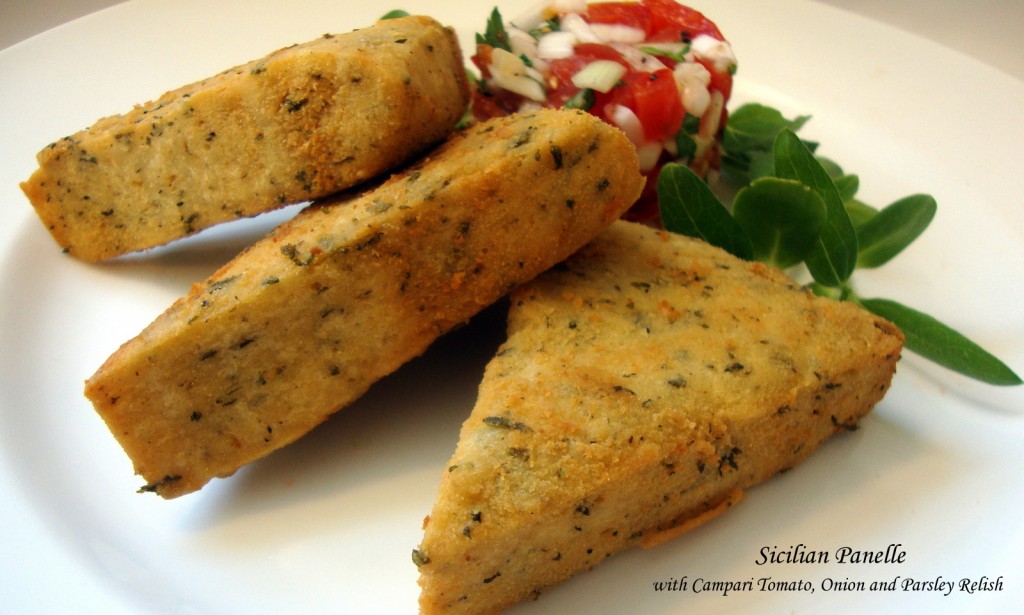 Panelle, also known as Panella di Ceci, are Sicilian fritters made from chickpea flour and seasonings and are similar to fried polenta. They are a popular street food in Palermo and are often eaten between slices of bread or on a roll, like a sandwich. Panelle are believed to be of Arabic origin. The panelle can be cut into various shapes and sizes before frying.

Ingredients for the Relish (optional)

Preparation
Oil and 8”x8” baking dish or line with parchment paper. Set aside.

In a medium saucepan, bring the water, oil and salt to a boil. Reduce the heat to a vigorous simmer and sprinkle in a small portion of the flour mixture while whisking vigorously to avoid lumps. Continue to incorporate the flour mixture in increments. Cook the mixture until it begins to pull away a bit from the sides of the saucepan. It will be very thick.

Transfer the mixture to the baking dish and spread evenly. Let cool a bit and then cover with foil or plastic wrap and refrigerate for several hours or until completely chilled and firm set.

Cut the panelle into any desired shape and fry until golden brown in hot cooking oil. They take a little time to brown, so be patient. Transfer to a plate lined with paper towels to blot excess oil. Serve warm. 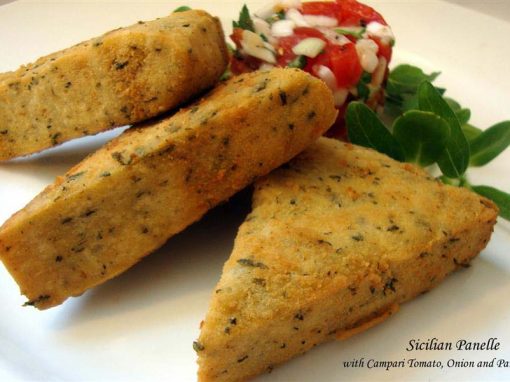